What is MIDI Matrix?

MIDI Matrix is a creative arpeggiator/sequencer device that can be used to make all sorts of cool sounds!

How is it different from a regular arpeggiator/sequencer?

MDI Matrix has multiple arpeggiator "voices" (hence matrix). In a standard arpeggiator, all incoming notes are treated as a single input and a pattern is generated using their combination. In contrast, MIDI Matrix treats each incoming note separately and generates a separate rhythmic sequence for each of them.

Don't think of an arpeggiator or sequencer. It's more like a melodic and rhythmic pattern generator. Pressing a few notes on the keyboard will result in a fairly complex and musical pattern. The patterns are all programmable and you can adjust the number of voices (up to 6). So to be fair, it can sound however you want it to sound. Here are some examples!

With Pianos - Listen for the bleep bloop pianos throughout this first piece. It uses the two stereo-panned MIDI Matrix instances.

With Synths - All the "melodies" have been generated feeding the MIDI output of the MIDI Matrix to a monophonic lead! It is also used throughout the song with different synths and pianos in the background.

What does each of the controls do?

You can always find this information in the live info section (at the bottom left corner of Ableton Live).

Are Ghost Pianos and Synth Matrix the same as MIDI Matrix?

Synth Matrix is the 1.0 version of the MIDI Matrix. MIDI Matrix was made considering your feedback and it contains all the functionality of Synth Matrix and more!

Ghost Pianos was the initial version of MIDI Matrix/Synth Matrix, made without Max for Live. (Instead, stock M4L devices were used to create MIDI fx chains). Ghost Pianos' sound can be easily achieved with this device. The MIDI Matrix-based version of Ghost Pianos is included in the demo project.

Thanks for reading, enjoy the device!

Feel free to reach out to support@erasednotes.com for any questions or concerns. Also, we would love to listen to your creations with Synth Matrix! Send your tracks our way to be featured in the device demos. 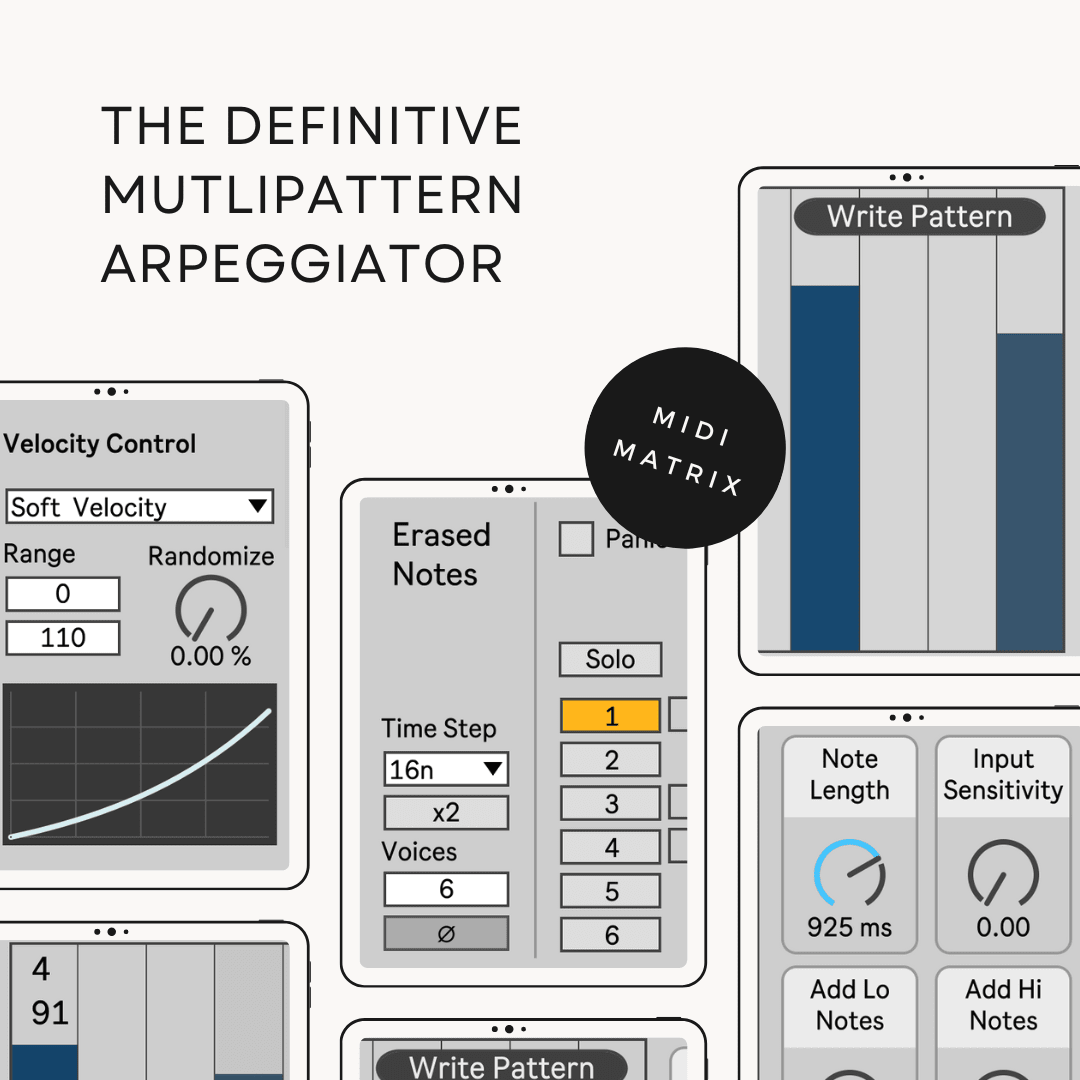 Get it on Gumroad